Home
>
Advice
>
How to write a good story

How to write a good story that captivates your readers 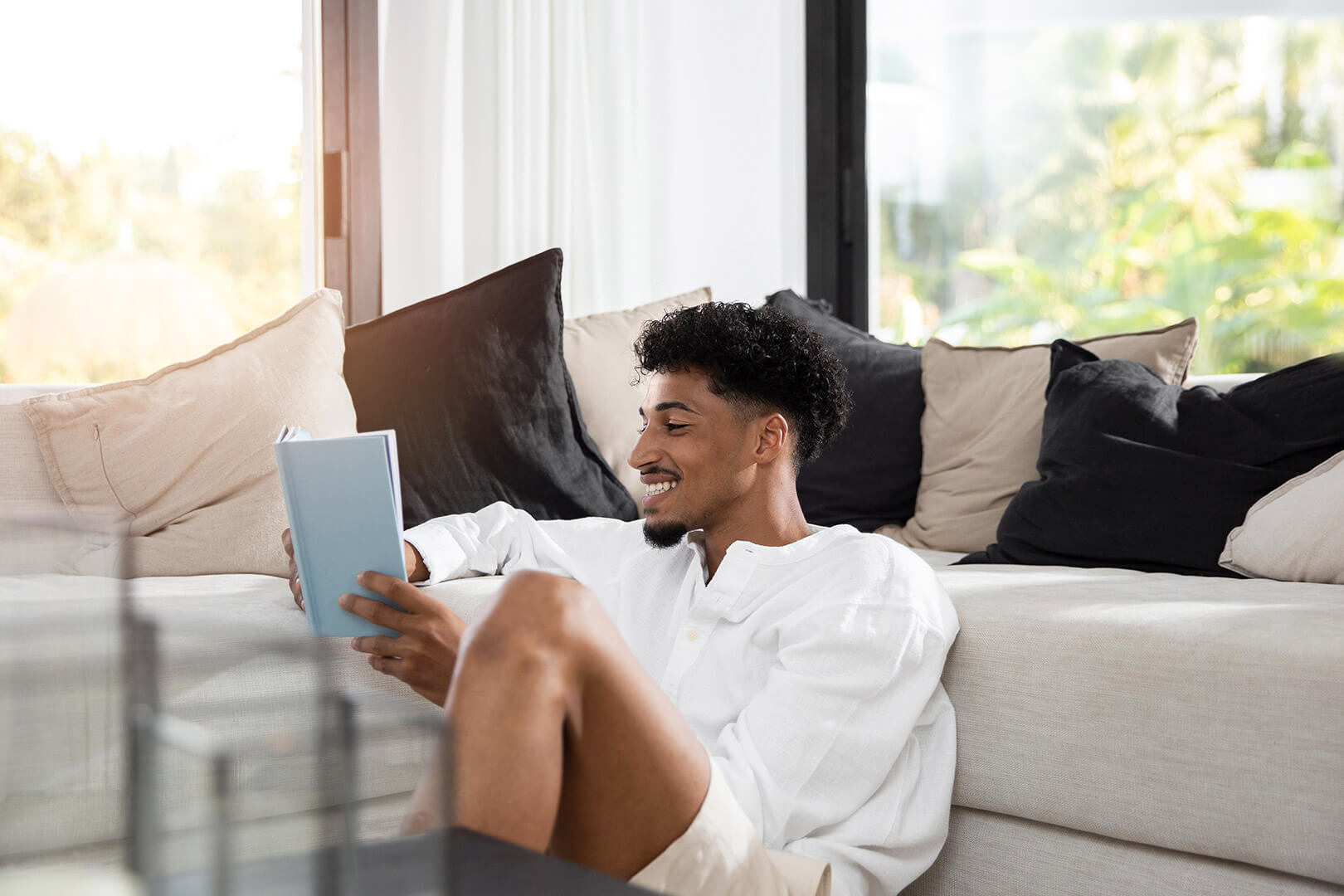 1. What is a character storyline?

2. How to write a strong protagonist

3. How to write a strong antagonist

6. Coming up with the right stakes and plot

11. How to pull off a good plot twist in writing

13. How ready are you to start writing your book?

➡️  The higher your stakes for each scene and the plot as a whole, the more captivating your readers will find your story.

➡️  Write strong, believable protagonists and antagonists by avoiding writing in absolutes. No good character is all-powerful or all-evil.

For some people, storytelling is a gift, but it's also a craft you can learn. Engaging stories can stimulate readers' imaginations, ignite their emotions, and expose them to new worlds and ideas. Needless to say, if you’re venturing into self-publishing and you want to have a good chance of getting noticed, you really need to think about your story.

Below, you'll find the fundamental rules and tips on writing good storylines that truly captivate your readers.

What is a character storyline?

Great storylines start with great characters—specifically, with a protagonist and antagonist.

Your protagonist is the "hero" of your story, the central figure and, often, the point-of-view (POV) character, or the one from whose viewpoint the story is told. The word “protagonist” comes from a Greek word for the principal actor in a drama. In stories, they are also called “the main character”.

In every story, the protagonist wants something: money, fame, love, freedom, a long lost object. It doesn't matter what the desire is, as long as the protagonist will do anything to get it. It must, in fact, be their deepest desire.

Your antagonist is the main force preventing your protagonist from attaining his or her deepest desire. The antagonist can be a person, but it doesn't necessarily always need to be. It can also be a monster, a traumatic memory, a personal demon, war or forces of nature.

The key here is that your characters be three-dimensional and believable. Your reader must be able to relate on some level to both of them.

Storylines in which characters only exist as puppets to play out the plot are generally uninteresting. Readers can’t invest emotionally in two-dimensional or stereotypical characters no matter how fantastic the storylines are.

What makes many stories interesting is the struggle that the protagonist has to go through to achieve their goals. The antagonist is the principal source of conflict for the protagonist.

How to write a strong protagonist

Writing a character that stands out takes time. When writing your novel, there are a number of things you should keep in mind if you’re striving to write believable, strong protagonist:

How to write a strong antagonist

The best antagonists are believable and relatable, despite the fact they go against what the main character is all about:

Here are some of the greatest hero-villain rivalries ever to appear in books, series and movies:

As mentioned above, the protagonist of your story desires something deeply, and the antagonist is in their way. Your job as the writer, is to play out your protagonist's battle against the forces of the antagonist to attain their desire.

An interesting story is simply one in which a relatable character with a deep desire has their efforts to achieve that desire thwarted at every turn. The job of a great storyteller is simply the craft of thwarting desire.

The greater the obstacles you throw in your protagonist's way to hinder their efforts to attain their desire, the more eager readers will be to keep turning the pages to see how it all plays out.

The way you play out this battle between protagonist and antagonist is through a sequence of events made up of actions. This does not mean every scene must be an action scene full of fast movements, heightened emotions, bullets and blood - like in an action movie. In this sense, actions are simply things a character does.

Thoughts are not actions. Descriptions are not actions either. For this reason, you should keep both of these at a minimum and use only when necessary in order to avoid losing your reader.

When it comes to dialogue, you might notice that characters in books don't tend to talk like we do in real life. Characters are always indirect in their speech and their dialogue exists to push the story forward. If any of your dialogue doesn't meet these two criteria, leave it out.

Every scene of your story should be made up of actions or plot points that either move your protagonist closer to or further from their desire.

Coming up with the right stakes and plot

A common question as a writer is how to come up with a good story plot. Stakes are a significant part of this in the writing process. High stakes are life and death situations. Low stakes are situations that aren’t as significant.

The higher your stakes for each scene and the plot as a whole, the more captivating your readers will find your story. Your stakes should build as the story progresses to keep your plot moving and your reader interested.

The elements of a great story were established by Gustav Freytag, a 19th Century German playwright. He drew a simple triangle to represent dramatic structure and highlighted the parts he considered necessary to engaging plots:

10 tips for plotting your book

According to Masterclass.com, the way most books are planned and written follow these common steps:

If you are starting your self-publishing journey now, you may want to check out our guide on the cost of publishing on your own.

What separates a story that people remember, tell their friends about and read a second and third time from one they forget as soon as they put it down are the details.

What resonates with readers most about a story typically isn't its themes or its artful composition. What people remember, about life and literature alike, are the finer, often minutest, details. In terms of storytelling, they remember details about characters, setting and plot.

Not all details matter equally, however. You need to pick the most important, salient details that give the reader the clearest and most relevant picture of that element.

By doing this, you'll accomplish two goals. You'll help the reader grasp and remember the element you shared, and you'll help usher them through the story at a decent pace so they don't get bored, confused or hung up on needless details and move on to a different story.

The beginning and ending are the frame to your story, and therefore, in many ways, its most important elements. Maybe this is why so many writers have so much trouble writing them.

As mentioned above, a story can begin in many ways: with action, dialogue, the description of a setting. Regardless of which you choose for any given story, start as early in the story as you possibly can while still making sense. Establish the desire as early as possible. If you can do both at once, all the better.

Endings, too, can come in many forms, but they always contain one of three elements:

Whichever you choose, make sure your story's ending makes sense. It can of course involve a clever and surprising twist, but it should be consistent with and appropriate for the story leading up to it.

A bad beginning can make a reader put a book down without reading it. A bad ending can ruin a whole book for a reader!

How to pull off a good plot twist in writing

Creating a compelling ending to a story is as important as everything that comes before it.

To summarise, the main things you should keep in mind are the following:

All of the above applies to writing short stories so if that's what you're working on, make sure you read our guide!

How ready are you to start writing your book?

All these tips will help you write a story. The trick to writing a good story? Practice. Put these tools together into practice, and you'll be well on your way to writing a story that your readers find irresistibly captivating, will remember for a long time after putting it down and recommend it to all their family and friends.


This article is always evolving and being updated regularly by our expert writers. Information featured in it has been fact-checked and verified.
Return to the top 
Article by
Jack Wells
Have any questions? 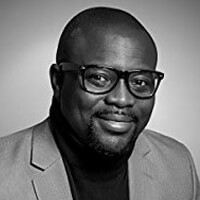 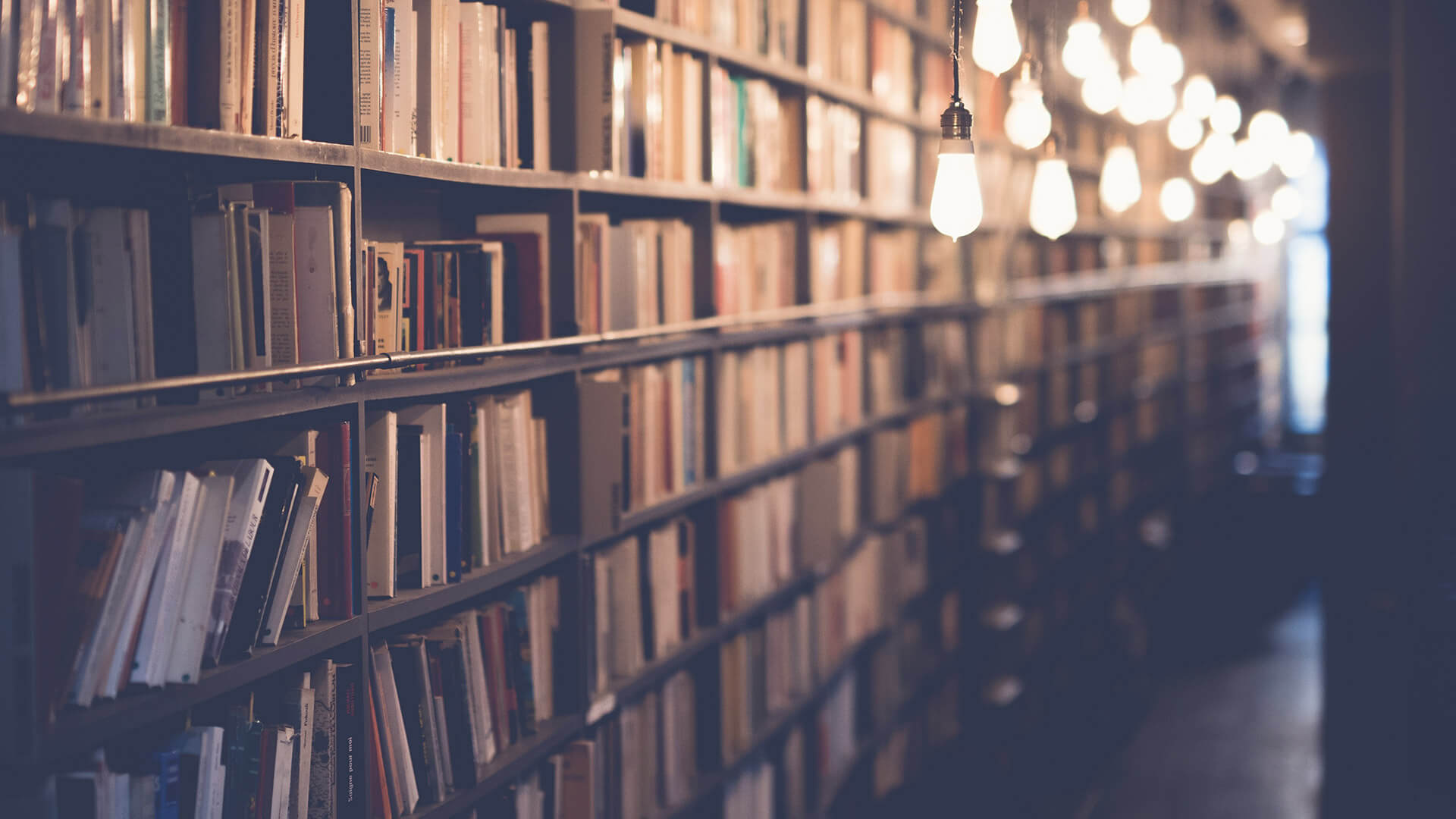 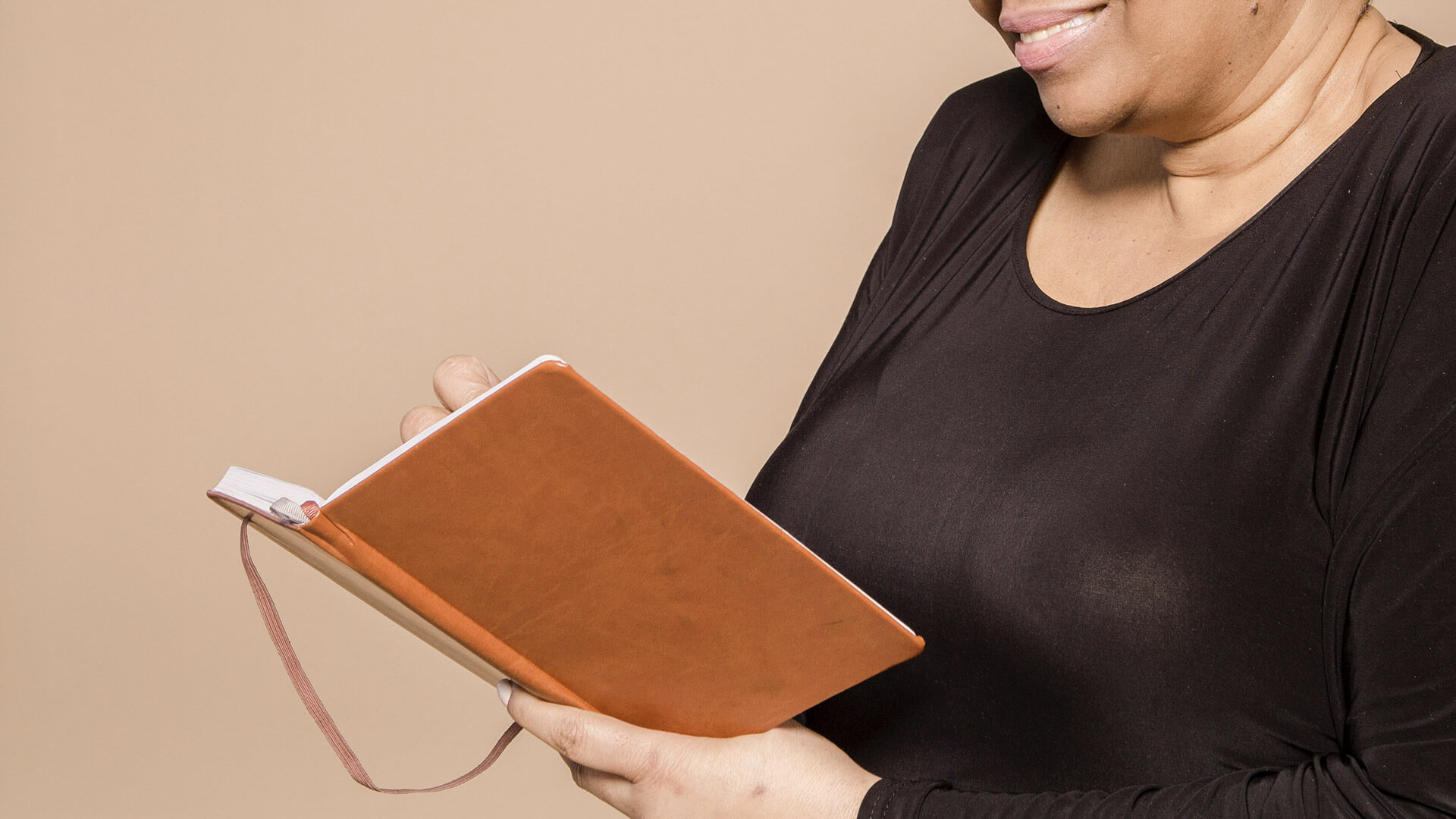 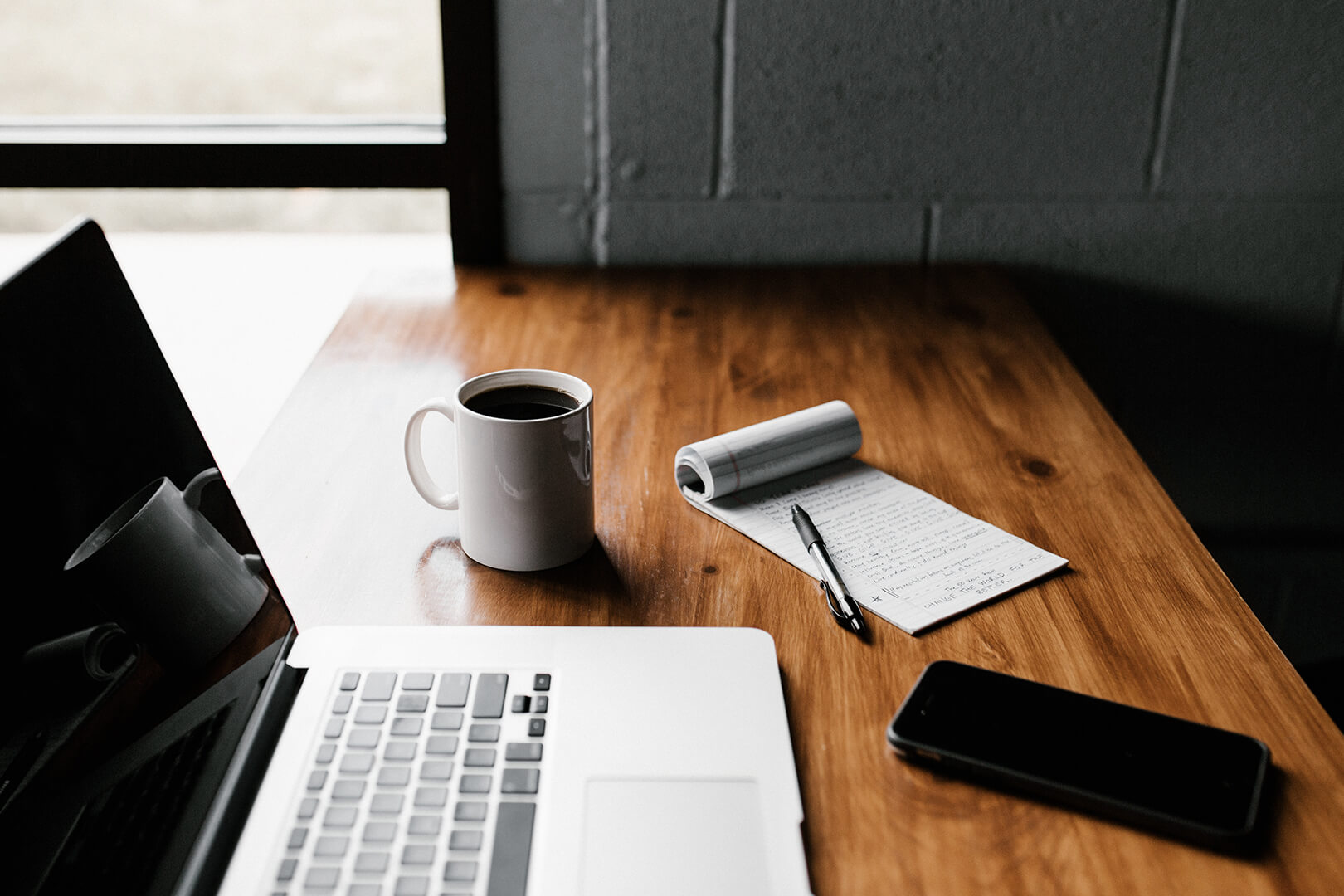 Editing on a budget for self-publishing writers